America’s Crisis – Many Views, Many Hopes 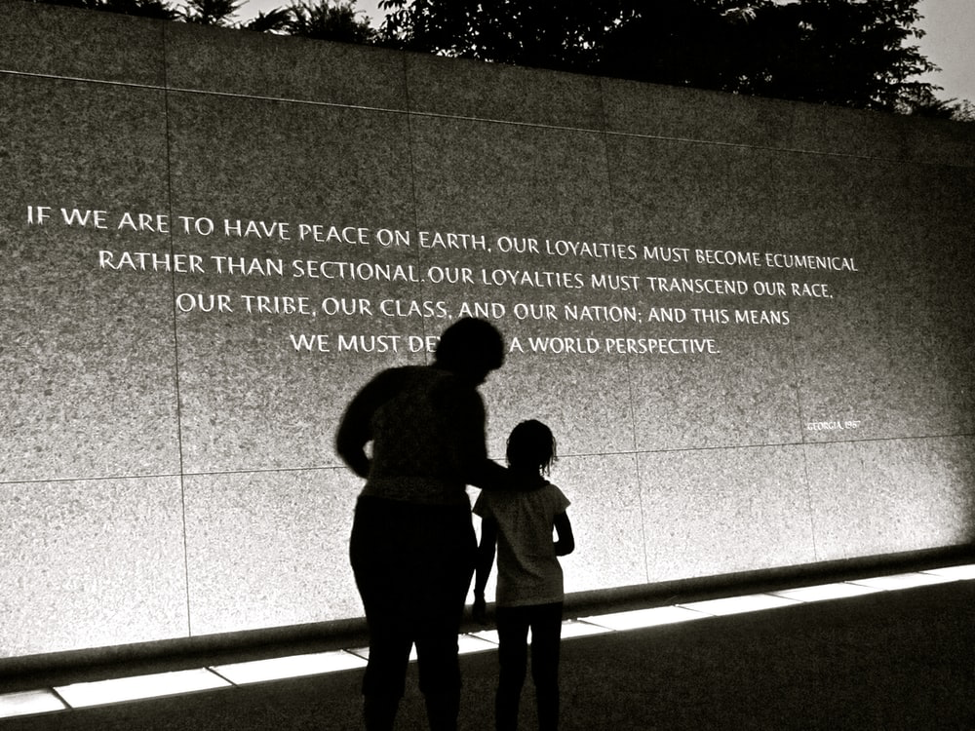 What the hell is going on? How did it happen? What needs to be done? What’s mine to do? “I don’t know” is the most honest answer. America is facing critical questions that deserve more than superficial, simple theories and quick fixes to return to the appearance of normalcy.

What conversations are you paying attention to? What is helping you stay centered in hope? Yesterday we celebrated our national holiday in honor of civil rights leader Martin Luther King, Jr.  With our country in chaos, I have spent time reflecting on what the life and death of Martin Luther King can teach us about freedom and racial justice today.

As I have connected with friends and families since the horror of witnessing the savage domestic terrorism of January 6, I have heard thoughts that give me small glimmers of hope. One friend who grew up in Brooklyn and was part of organizing efforts of Malcolm X and Bayard Rustin reminded me this is not “Trump’s America” we are watching. It is America. Black people have known this America for a long time. Now it is time for the rest of us to “get it.”

An octogenarian African-American friend commented, “How beautiful it was to see the singleness of purpose this summer in the Black Lives Matter demonstrations among all ethnicities. The combination of races, colors, nationalities was AWESOME. I honestly believe that the atrocity that took place this past Wednesday will wake up White America to the difference in the ways the people were treated Wednesday and how Black Lives Matter were treated in our nation’s capital this summer.”

A twenty-something niece in a planning session for a second intergenerational family discussion we call “Justice Talks” cautioned against letting the uprising lead us to look for some magic quick fix and immediate action.

A Catholic priest friend from Baltimore commented on the reference to “cathedral time” in my January 5 post Hope for 2021: Wishful Thinking.  “Tom, I think a lot of our Civil Rights leaders had that hope (cathedral time/long view hope). They knew they would not see full and complete racial equality in their lifetime, but they gave their energy, focus and even their life to the present moment, the present dream. They were a small part of the big picture. That had to be sufficient.”

I have also turned to the words and teachings of Martin Luther King. He was a gifted orator, organizer and writer whose words were important, instructive and inspiring. Even more inspiring and instructive is what he and other civil rights leaders did. They organized around principles and specific change goals. The underlying principle for King was nonviolent resistance. King studied nonviolence and he and others taught it through organizations like the Student Nonviolent Coordinating Committee and the Southern Christian Leadership Conference. The Highlander Center in Kentucky served as a training ground for organizers of all races to work for civil rights and the elimination of poverty.

History likes to remind us of the tension between King and the nonviolent believers in the civil rights movement and Malcolm X and the Black Panthers. While there were differences, history tells us that King and Malcolm X were both learning and adapting as the fight for civil rights evolved. Some, including King’s widow Coretta Scott King in a 1988 talk, argue had they both lived past their 30’s, there would have likely been more coming together.

This debate about tactics reminds us of our human tendency to want there to be a right answer. Contemplative activist Richard Rohr calls it the trap of dualism. We want and look for either/or choices with one being right and the other wrong.  But the world we live in is a both/and world.

Many underlying issues contribute to our current disorder and invite us to examine real opportunities for change. Most of us have one or two we think are most relevant. If we can suspend judgment and the need for one right answer, we might uncover a rich learning opportunity for America that can bring about a more just society for all of us.

I invite you to share your thoughts to broaden and enrich our collective understanding.  What can we learn from the past and current civil rights leaders and activists? Let’s blow the dust from one another’s eyes and see what ugly and hopeful truths we need to face individually and collectively to move to deeper and lasting change.

A college friend, environmental activist and student of pilgrimages, who relocated to Canada during the Vietnam War era wrote:

Tents of the poor alongside the reflecting pool- pink blossoms floating down from heaven.  Faces upturned and looking forward to change-to better days.

And change comes in small gasps.  Sometimes visible but more often than not