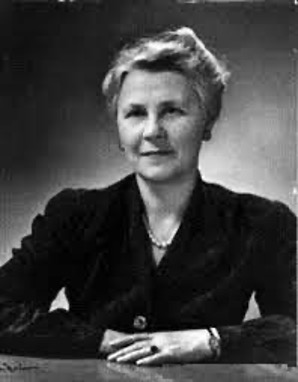 You may not know who Lois Wilson is but you should.  She lived 97 years. Fifty-three of those years she was the wife of Bill Wilson, the co-founder of Alcoholics Anonymous. She lived 17 years after Bill died. March 4 is Lois’ birthday – she would be 129.

Who is she? Why is she important to us today? Lois is an unsung hero who changed the world in many ways. Most significantly, she pioneered help for families of people with addictions, help desperately needed by many families in our Covid times.

Unfortunately, she made her contribution in a time and in a way that made it hard for us in the 21st Century to appreciate. Why pay attention to Lois and her legacy? Why does it take a stretch to fully appreciate her?

Lois Wilson led the first experiments in how to change the hopeless dilemma faced by spouses, partners, children, parents and friends of people with drinking problems. This, by itself, is no small matter. Look at your own circle of friends. How many people do you know who remain emotionally damaged and struggling in relationships, careers and lives because of the scars of living or being raised by an alcoholic or a person with other addictions?

Lois was wildly in love with Bill Wilson. Passion oozed from their love letters and time together. Bill went off to World War I and returned with a drinking problem. Despite the fact alcoholism isn’t always hereditary, Bill’s own father and grandfather also struggled with alcoholism. Lois was sure her love and attention would cure Bill’s drinking. It didn’t. The drinking got worse and took Bill and Lois to the pit of despair. Neither saw a way out and Lois was being urged to institutionalize Bill.

Bill sought help and had what he describes as a powerful spiritual experience that took away his desire to drink. He became convinced his life was about offering help to others whose drinking was killing them and their families.

Lois was thrilled to have her Bill back and embraced his vision. She quickly learned that she needed to stop blaming Bill and counting on him for her happiness. She saw that she, too, needed to change. She and other spouses of the first members of Alcoholics Anonymous began to meet and talk about the impact of the drinking on them and their behavior. As Bill and the early A.A.’s developed the Twelve Steps, Lois and Anne Smith who was the wife of Dr. Bob Smith (co-founder with Bill Wilson of AA) began meeting and applying the Twelve Steps to their lives. Out of these early meetings, family groups made up of spouses and relatives of alcoholics began to meet.  In 1951 Lois and a friend led the formation of Al-Anon Family Groups.

If you look at how many families and people are impacted by addiction today, there are exponentially more family members than addicts. Lois isn’t well known because it is much harder for the family members to admit they have become unhealthy or sick from trying to control the uncontrollable behavior of someone who is an addict.

Lois led at a time when women were not expected or encouraged to lead. Like most women of her era, she was raised to be a loyal and attentive partner and housewife. Lois broke that mold early in her strong-willed determination to both be a good partner and live the life she enjoyed. Through her Twelve Step program for families, she learned to focus on what she could change in her own behavior.  She took delight in bird watching, gardening, exploring nature, and learning as she traveled the world advancing Twelve Step recovery.

Along with others, she was the architect and builder of the structure that we now call Al-Anon. This was the first of many replications of A.A. by other Twelve Step fellowships.

As leaders, Bill and Lois were at times attacked. Rumors were started about Bill and his fidelity to Lois. Some contemporary women who know her story see her as weak and dependent on Bill. In our research on our forthcoming book Bill and Lois Wilson: A Marriage that Changed the World, Lois’ strength and persistence in leading from a set of principles she helped develop are compelling. Also very clear is the deep love and mutual respect Lois and Bill held throughout their marriage.

It can be a challenge to fully understand a hero from another generation. Sometimes they puzzle us as we judge them against today’s standards. Lois Wilson is a hero and leader who made better lives possible for millions of people and families then and now. Who she is and how she led is a history lesson we should all know.

This post first appeared on Recovery Speakers on 3/4/22, Lois’ birthday.