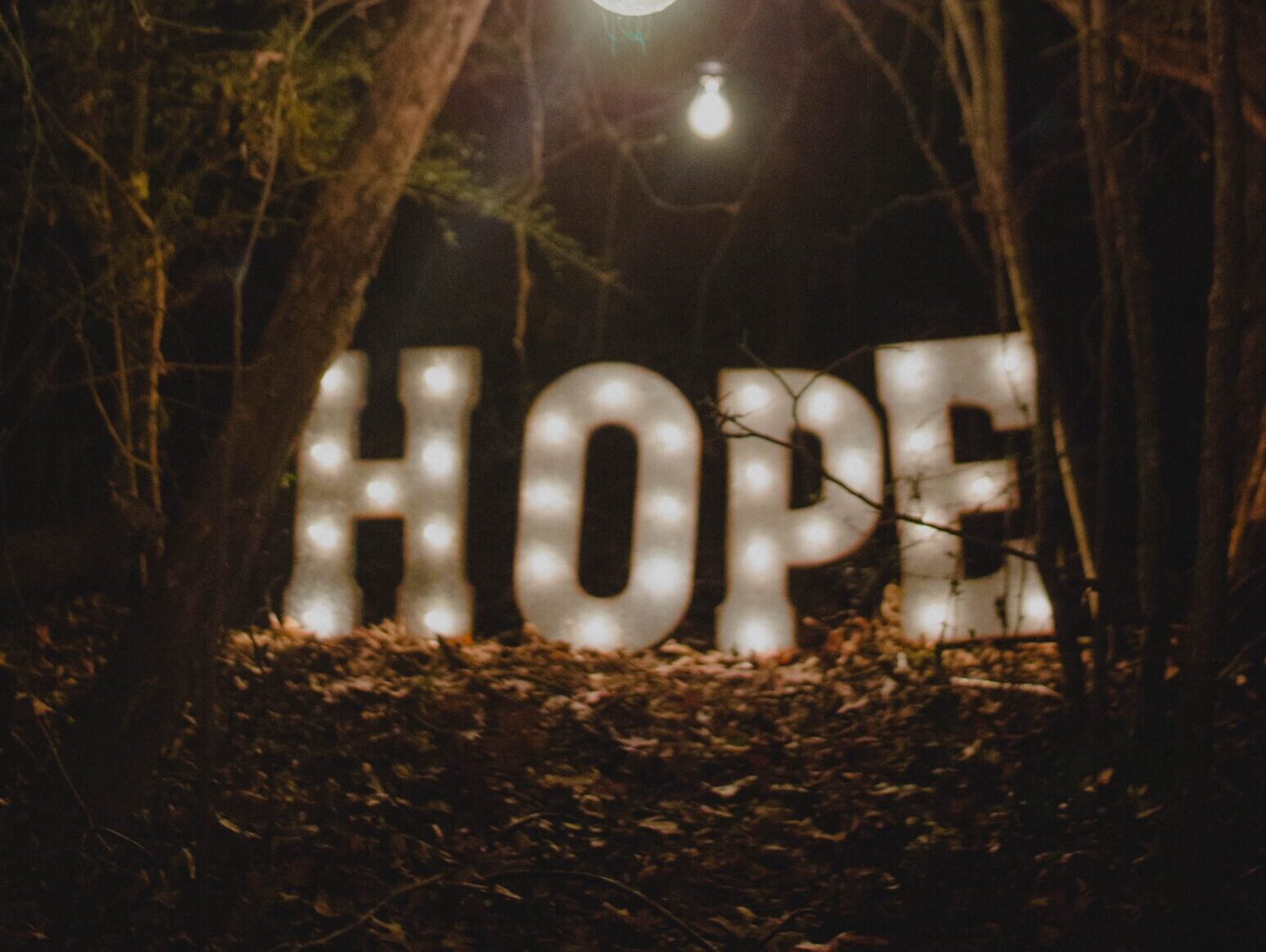 Photo by Ron Smith on Unsplash.

The battle between hope and despair seems fiercer than ever this year. A few promising signs of hope have appeared and still, there are many that can make me feel hopeless. How do we renew our aspirations for good and resilience?

Spring offers hope at different paces in different places. Depending on where you live, you may have seen daffodils explode overnight, trees blossom or even an azalea in full bloom.  You may have taken delight with a few or many 70-degree days, precursors of spring and summer. Or maybe you haven’t.

For many people, religious practices offer hope. This month three major religions are celebrating their annual rituals of new hope and new life. Christians culminated their 40 days of Lenten preparation last week with a Holy Thursday supper, a day called Good Friday when Jesus was tried by a mob, beaten and crucified. This horror show is followed by the joy of Easter and Resurrection; the victory over death and human limitations. For our Jewish friends, the previous weekend marked the beginning with the first Seder dinner of Passover and the reliving of the Exodus story of God rescuing the people of Israel.

On April 12, our Muslim friends begin the month-long observance of Ramadan. This is a time of recalling when Allah gave the first chapters of their sacred book the Quran to Prophet Mohammed in 610. Like Christians and Jews, Muslims combine praying, fasting and coming together in community during this period.

Though commitment to these and other organized religions has declined over the past decades, attention to these celebrations of the mystery of life, death, suffering and hope are observed by many in some fashion.

For me and many others, this yearning for spring and a deeper connection to some higher power or source of resilience is tempered by relentless evidence of death and injustice. We watch in horror the reliving of George Floyd’s death as the trial of his killer continues. If we were paying attention, George Floyd’s death opened an amazing year of education for white people.  We have learned how every facet of our society has colluded with an implicit and explicit social contract organized for the benefit of white people.  And we have learned that that social contract has had devastating effects on the health, wealth and opportunity for Blacks and people of color.

Then there is Covid and its insatiable thirst for taking lives.  A few weeks ago, my post was about suddenly losing a friend to Covid. One day he and I were discussing a neighborhood project. Two weeks later he was dead.

Two weeks later, a friend of mine lost his son to Covid. My friend had escaped from the snow of the northern US to Florida for a few months.  That escape turned upside down when his son’s death plunged him into the darkness of every parent’s worst fear.  There is no spring for my friend, his wife and his family as they now live this new reality. They joined the families of over 500,000 others who died in the past year to Covid.

No one has totally escaped Covid. There is pain for most people and families. Yet, as countless reports detail, the data is clear on the higher proportion of deaths and illness among Blacks, Spanish speaking and other people of color.

Yet spring keeps peeking through these dark times. We have had a few warm sunny days. President Biden announced the increased availability of vaccines and the hope for a more “normal” 4th of July this year. The American Rescue Bill passed Congress and became law, helping all Americans in one way or another.

Neither Covid nor the continued presence of racism is going away easily. Until they do, we need to find new language and ways of talking about what renews our spirit and hope under all circumstances.

In the Fetzer report, Krista Tippet, the founder and CEO of The On Being Project describes our quest for new language about what she calls “our inner ground and its resources” that bring us together. A major finding of the Fetzer study is that “the more a person identifies as spiritual, the more likely they are to take civic and political action” (p. 6). So while we are not in agreement about how we connect with or talk about this source of hope, it is important to over 80% of us. Omar Roberts, Associate Professor of Sociology at the University of Chicago, observes the most surprising takeaway of the study for him was that participants didn’t see themselves as “spiritual” until they were in the focus group discussion. “The connection between spirituality and public life is not necessarily obvious, even to people who understand themselves as both spiritually and civically involved” (p.97).

The need for new language and deeper connections to what unites us seems more urgent than ever this spring. I wonder if the signs and traditions we have relied on in the past are enough to sustain resilience and hope? Are these times of hope and despair sending an invitation to you to find new answers that awaken your inner ground and resources?