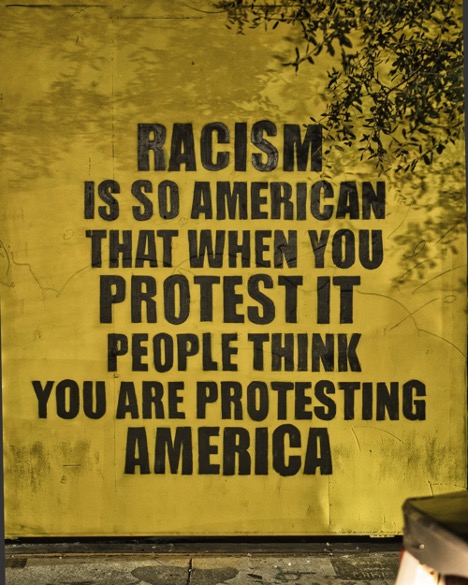 When you know better, do better.”

Editor’s Note: This week’s guest contributor is a retired nonprofit executive, former colleague and friend. While currently living in Washington, D.C., Tamara Lucas Copeland is a daughter of the South, born, bred and educated in Virginia. Through her Onion Dialogues trainings, she is committed to calling people into racial justice work, never calling them out. She is the author of Daughters of the Dream: Eight Girls from Richmond Who Grew Up in the Civil Rights Era.

Until 2012, I didn’t know better. I thought that the civil rights legislation of the 1960s had leveled the playing field. I thought, I, as a Black woman, had opportunities to succeed equal to anyone in America. I was living in an illusion, thinking that some people just didn’t try hard enough, and others needed more education. I believed in a meritocracy. I thought if you dressed a certain way, got a certain level of education, talked a certain way, you could, no, you would get ahead in America. Then Trayvon Martin happened.

It wasn’t just the murder of this unarmed teenager simply walking in his dad’s community. My grief, anger and racial awakening were because this killer was believed – he was afraid, he was attacked, he was simply protecting his community. George Zimmerman was exonerated based on the age-old fear of Black men and the age-old reality of prejudice.

That was the wake-up moment for me. That’s when all the lightbulbs came on. That’s when I started reading everything I could about Black history, listening to podcasts, watching documentaries, trying to understand how this murderer could have been freed. Why do African Americans predominate in all statistics reflecting a negative quality of life? Why are we disproportionately represented in jails and prisons? Why aren’t we succeeding in our country’s schools? Why is there a huge gap in wealth between Blacks and whites? Why? Why? Why?

Since 2012, I’ve worked at learning. I now understand that we aren’t intended to see it. We see the bad behavior of individual people and think that’s racism. It’s so much more.  It is the invisible policies, procedures and practices that silently impact people of color. Structural racism is what we aren’t meant to see. It is the invisible means of oppression. It is also the years of messaging that leads to the conscious and unconscious oppression of Black people. I’ve learned about microaggressions – no it’s not my imagination – and the intentionality of the federal government in denying opportunities to Black people for centuries.

Every time I have an aha moment, I think about the hundreds of thousands of white people who don’t know, who haven’t investigated our current racial reality and who know little about our country’s racial past. Many continue to blame the victim, not knowing, and some not caring, about what has placed Black people decades behind*.

When I think about how continuously and deliberately, I have worked to learn the history and understand the present, I am disheartened by the multiple efforts not to learn. In a country that celebrates education, we must examine why there is so much vitriol associated with learning the truth. Every month, I write a blog intended to reveal some hidden aspect of our racial past or to share my latest thinking about a current event. My February entry, “The Ruse, The Governor, and Critical Race Theory”,  focuses on the Commonwealth of Virginia. I hope you’ll become a regular reader (note the subscribe box on the blog) and even look back on some of the earlier entries.  Black History Month is a great time to start your journey to learn the completeness of America’s history.

“We are not makers of history. We are made by history.”

“History is written by the victors.”

*This 4-minute video encapsulates much of our past and present. I urge you to watch.