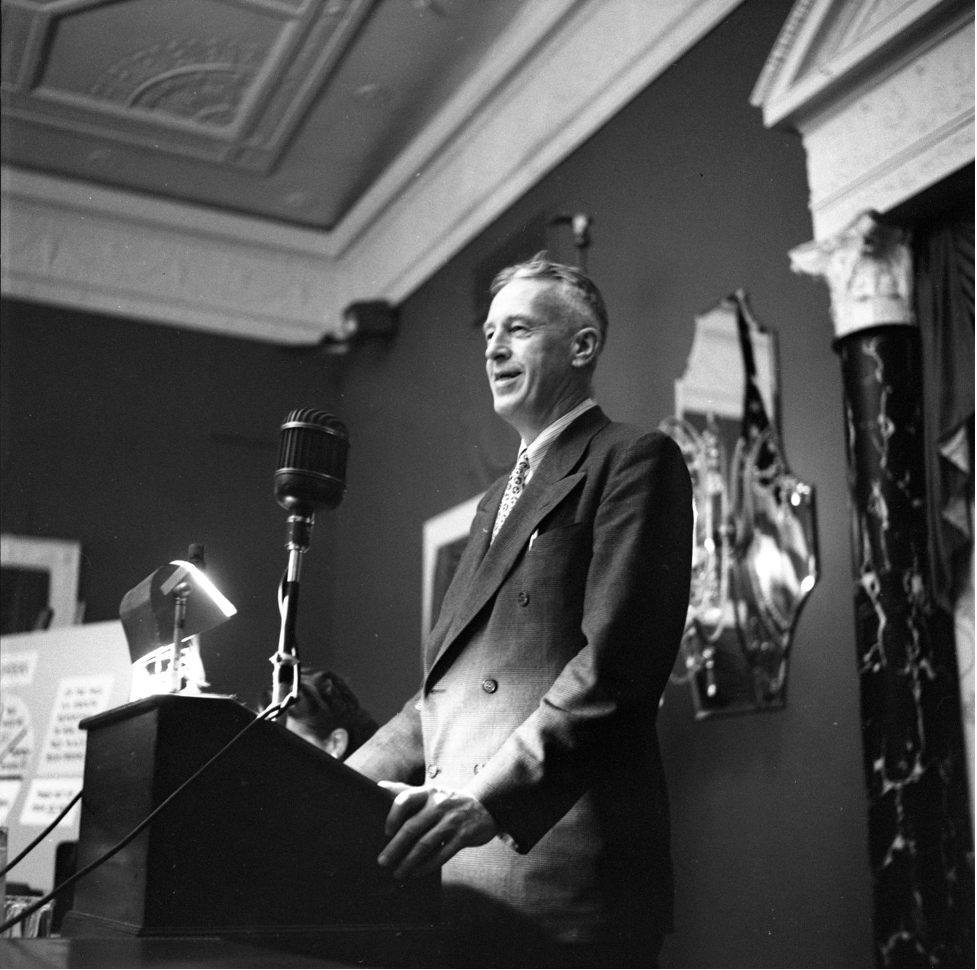 Thanksgiving, November 26, marked the 125th birthday anniversary of Bill Wilson. Most people have never heard of him. Yet millions owe him their lives. In a world beleaguered by challenges beyond our understanding and response capacity, what Bill co-created with others offer clues on our way forward. Today I am pausing in honor of Bill Wilson’s birthday to offer gratitude for what he created.

Bill Wilson was born in 1895 in East Dorset, Vermont. His Dad was a manager at a marble quarry and liked to drink and hang out with women other than his wife.  He deserted Bill, his sister and his mom when Bill was eleven. His mom, not happy with her dependence on an unreliable man, moved to Boston to study to be an osteopathic doctor. Bill’s grandparents raised Bill and his sister.

Bill’s hard times did not end with this divorce, which was rare for the times. His first girlfriend died suddenly in surgery. He plunged into a depression, the first of many that marked his life. He felt chronically different from and apart. He developed an “I’ll show them” attitude.

When he entered military service in 1918 to serve in WWI, he found an answer for feeling bad about himself. He began drinking alcohol. Despite finding great love with Lois Burnham and marrying her before going into the service, Bill’s drinking got worse. By the age of 30, he was a successful Wall Street stock analyst. And eight years later, at age 38, his drinking took him to the edge of insanity and near death.

Bill’s wife Lois is the unsung hero of this story. She began their picture book marriage convinced Bill’s love of her would moderate his drinking.  After not being able to have children, Lois put her hopes in adoption. When they were turned down by the adoption agency because of Bill’s drinking, Lois began to lose hope for Bill. Over the years, she realized the doctors were right. She was anticipating death or insanity for Bill. Yet she stayed with him. She and her family continued to try to rescue Bill despite his chronic drunkenness and unreliability. It is hard to imagine Bill getting sober had Lois left him.

Bill was treated three times at one of the best available facilities for people with drinking problems. At Towns Hospital in New York, Bill was told repeatedly by a pioneering physician, Doctor William Duncan Silkworth, that he had an illness and was not a normal drinker. Bill’s mind was obsessed with drinking and the obsession was fed by a physical compulsion. The doctor offered no hope except for what he and renowned psychiatrist Carl Jung called a psychic change or spiritual transformation.

These brilliant doctors admitted they didn’t have the answer to why Bill was drinking himself to death. Bill, a skeptic to religion and matters of faith, in desperation cried out to God for help. This resulted in a spiritual experience which enabled him to never drink the rest of his life.

Many people had tried to find answers to the devastation of excessive drinking. Some, the Washingtonians and different temperance movements, were briefly successful; none survived. What is unique about Bill and Lois Wilson and their friends is that they created a viable solution – Alcoholics Anonymous (A.A.) ­–  that has now survived and thrived for over 85 years.

Imagine the challenging personalities of a few people you know who drink to excess. Then imagine what their drinking did to their spouses, partners, parents, children and family. These people and families are hurting. Then imagine Bill Wilson and his wife and friends.  How did they co-create such a powerful and lasting institution?

Bill and Lois Wilson and other hurting people came to see that the best way for them to get help for themselves was to admit complete defeat – to surrender. When it came to understanding or controlling the power of drinking on the compulsive drinker, the only solution was to admit powerlessness.

The same was true for the spouse or adult child of an alcoholic. It was futile to try to understand or reason with the drinker. The only path Lois Wilson and her peers found was to admit powerlessness over the drinker and focus on their own healing from the negative impact of living in a home befuddled and tortured by someone’s drinking.

After Bill’s spiritual transformation, he and Lois knew they needed help. His friend Ebby Thatcher, who visited Bill and shared his process of giving up drinking, encouraged Bill to attend the Oxford Group meetings. The Oxford Movement was a Christian reform movement with an aim of returning to the spirit and practices of the first century Christians. Bill and Lois attended Oxford meetings at Calvary Church in New York.

Critical to the growth of A.A. and its survival is the idea of “pass it on” that Bill learned from the Oxfords. He quickly believed that the best way to stay sober was to reach out to help others with drinking problems.

Bill met Dr. Bob Smith on a failed business trip to Akron, where he reached out to the doctor who was often too drunk to operate.  He explained to Dr. Bob, there was a way out. After one final four-day drunk, Dr. Bob surrendered to his drinking problem and asked his God for help. Bill and Dr. Bob, with help from attendance at Oxford meetings, launched A.A on June 10, 1935, when Dr. Bob took his last drink.

As the holiday season is upon us, each of us struggles with the threat of the Coronavirus and the restlessness that is born of limited activity.  For many, the line between escape drinking, eating or drugging and addiction will blur. Many families confined to their homes will be faced with unhealthy emotions and behaviors that come from excessive dependence on some substance.

Thanks to Bill and Lois Wilson and their peers in launching the Twelve Step movement, there is hope today for anyone struggling with misusing alcohol, drugs, food or other behaviors. If the only legacy of the Wilson’s and early members of A.A. and their families was recovery for millions of people with drinking problems and their families, Bill Wilson’s birthday would be a big deal and a reason to be grateful. The legacy is that and so much more. In future posts, we will explore the potential of the Twelve Step movement for family and community healing.

Thanks, Bill and friends, for this amazing legacy.  A belated happy birthday!

This post appeared on Thanksgiving Day, November 24, 2020 on Recovery Speakers.