Are we free to love? A 4th of July Reflection  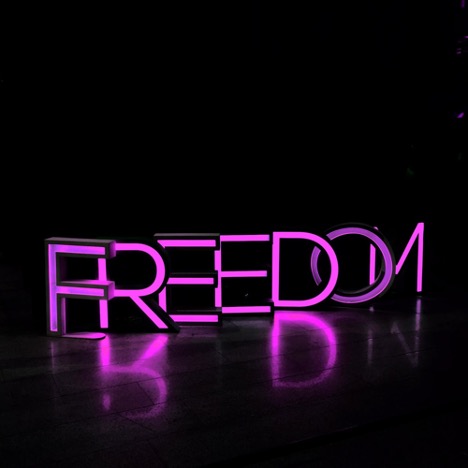 Photo by Kristina V from unslpash.com

“Freedom’s just another word for nothing left to lose.” I have been haunted by these words from the Kris Kristofferson/Fred Foster song that Janis Joplin popularized with Me and Bobby McGee in 1971. When I feel stuck or confused these words come back. I ponder, “What is Janis saying?”

Over the years, I’ve become quicker at accepting the connection between giving up and freedom. Repeatedly, hindsight shows me when I hold on tightly to a belief or a desired outcome, I become enslaved to my ideas. I keep discovering that there is no freedom in trying too hard or thinking I know what is best for me or someone else.

Most obviously, I have experienced this with my addictions to alcohol and sugar. Until I had nothing left to lose or feared the consequences of continuing the addiction more than the short-term relief, I was repeatedly beaten and humiliated. The founders and early members of Alcoholics Anonymous left no doubt about the requirement to get sober – “let go absolutely” and “surrender to a power greater than oneself.”

I am not sure Janis Joplin would call this freedom a spiritual awakening. I suspect like most of us she was trying to find her spirit and peace outside her – in relationships, alcohol, drugs, and music. She seemed to relate closely to the next-generation legend Willie Nelson and the need to “be on the road again.”

As Americans, we celebrate our freedom every 4th of July.  The original Constitution outlined five freedoms that, in theory, made us the freest nation in the world. These were freedom of speech, religion, press, assembly, and the right to petition the government.

Roosevelt’s notion of freedom certainly differed from Joplin’s or the early A.A.’s. He advocated fighting and risking lives and our economy to preserve the rights achieved through the American Revolution. If we were not to live in fear of Hitler and his expansionist, white supremacy worldview, we would need to be part of defeating him, Roosevelt argued.

In complex moral and political dilemmas, either/or thinking is generally too limiting. True detachment from results and control is a leap of faith. Such a leap of faith requires a moral compass and some commitment to loving others in order to be successful. If fear drives us, our capacity to love is limited and can become misdirected. Our commitment to freedom pits us against others who have the same right to freedom.

The Fourth of July is now our second freedom celebration of the year. By making Juneteenth a national holiday, Congress and our national community has accepted and publicly stated that all people were not offered these freedoms when our nation was born– or even to this day. The recent Supreme Court decision offers another painful reminder of the limits of our freedom.

Our bold experiment with freedom and democracy is tested by our capacity to let go and stretch to love all. Isabel Wilkerson (see last week’s post by Rob Shehan) , in her book Caste: The Origins of our Discontents, calls for “radical empathy.” In her words: “Radical empathy, on the other hand, means putting in the work to educate oneself and to listen with a humble heart to understand another’s experience from their perspective, not as we imagine we would feel.”

Without this demonstration of our commitment to love all by the action of radical empathy, we are stuck without freedom from fear and therefore not free.

As difficult as it is, letting go and surrendering requires “setting aside” preconceived notions about what freedom looks like and how we get there. We don’t yet know how to become a nation with universal freedom or with love and justice for all. We have also repeatedly demonstrated we don’t know the process to get there.

Like Janis Joplin and many others, we face a turning point. We can keep fighting to “get our way” or we can surrender to some new possibility that awaits us. As delightful as it would be to have a blueprint for this change and one with a certain timeline, we have neither. Instead, we have a national test of our ability to love and accept each other just as we are and to be open to working for freedom in new ways.

If we believe in a deeper freedom driven by a love that overcomes fear, our path is fairly simple. Do the next right thing with as much love as we each can muster. This is a messy 4th of July. Our uncertainty may last a long time. Love and letting go will guide us to a better time if we believe in freedom for all. At least it is a starting point.