Exploring faith: Maybe the questions are bigger than the answers 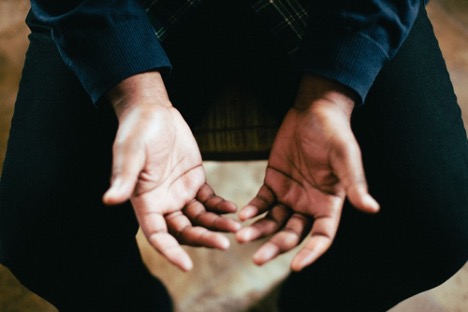 Photo by Jeremy Yap from unspalsh.com

Editor’s Note: This week’s post continues our series on the different ways people define, develop and communicate about faith. Our guest contributor is Tom Heneghan, retired Religion Editor for Reuters. A New Yorker, Tom has lived and worked around the world and settled 24 years ago in Paris with his French wife. He brings perhaps one of the broadest experiences I know to the question of faith. I think you will find his reflections interesting and inspiring.

Being Religion Editor for Reuters, one of the world’s largest news agencies, was so interesting that I often called it “the best-ever continuing graduate course in world religions.” I didn’t just read the Scriptures or learn the histories of the major faiths. My job was to go report on these beliefs at first hand, experiencing believers — wherever they were — as they practiced their faith or brought it into their daily lives. It was a wonderful experience.

The starting point was 2003, when Reuters offered me what we irreverently called the “Godbeat.” Religion had become an issue in politics and secular news outlets needed to regularly report on religious fundamentalism ranging from Islamic radicals to evangelical Christians. As a Jesuit-educated Catholic with 25 years of political reporting across Europe and Asia, I fit the bill when they went looking.

So, what did I learn from 14 years doing this job? Maybe I should say right away that I’m still a Catholic. That’s despite all the arguments I’ve heard and all the clerical sexual abuse I’ve had to write about. Some colleagues went other ways. I have my criticisms and my doubts, but for me, the inspiration still remains more powerful than the institution.

At the same time, I have met so many holy people that I have to say that religion is part of our humanity. Faiths are ancient wisdom systems expressed in different ways according to the cultures they emerged in. Humans seek transcendence and try to understand what they cannot know.

This does not mean that all religions are equal. My bias is toward monotheistic religions, which I think logically posit a single God. I have met serious polytheists and cannot dispute their spirituality. But it’s not mine.

My work gave me a wider and deeper knowledge of all Christianity. Every trip to the Vatican illustrated Catholicism’s rich heritage of theology, philosophy and culture. But Protestant and Orthodox denominations showed the faith can be practiced in other forms as well, with different insights into the same Gospels and Epistles.

Other Biblical passages could look different when interpreted from a Jewish perspective. To someone used to clerics with ready answers, encountering rabbis who asked deep questions was an eye-opener.

It became hard to challenge their sincerity when Muslim friends in a dozen or more countries stopped to worship at prayer time or fasted during Ramadan. They practice another Abrahamic monotheism, but from a cultural perspective, I had to learn a lot about their beliefs to understand.

It got a bit more difficult as I went further east and tried to understand the religions like Hinduism in India or Daoism among the Chinese.

Our guide in and around Mumbai was an Indian Catholic archbishop I had met at the Vatican. He knew all the main religious leaders in Nashik and sent me to their houses of worship during a month’s stay. A friendly swami explained the dizzying number of gods in a vast temple filled with Hindus who clearly believed what I could not understand.

In a Sikh gurdwara there, three musicians were practicing. With only a few words in common, we ended up singing hymns from our very different liturgies. Even the basic rhythms were different, so we stumbled — and laughed — trying to imitate the other. But we ended up linked by a feeling we were singing about something more than us.

Discussions with Muslims there were more familiar, especially since they revealed a traditional community with nothing but scorn for their fundamentalist brothers in faith in Pakistan and Afghanistan. There was a common core belief that the Koran preached mercy and justice, they said, but fundamentalists had corrupted the spiritual message and the political morality that should flow from it.

Scriptures, it emerged, can be deceptive. The Koran is not like a Biblical narrative, and it can be easy to judge it by passages we don’t like. But countless Muslims have shown me how rich the Islamic tradition became with that book as its basis. This led me to conclude the Koran, the Bible and other holy books can only become Scripture if they can be read in both the merciful and the militant ways. Anyone who uses only single cherry-picked quotations to defend or decry a whole faith is probably too narrow-minded to understand it.

My ritual experiences with Far Eastern religions were just that — ritualistic. I rattled joss sticks before the idols in a Hong Kong Daoist temple and the resulting predictions were instantly forgettable. Buddhist fortune tellers at the Shwedagon Pagoda in Rangoon were more interesting, but the ritual still didn’t move me. But there were people all around us who clearly believed what they were doing. They literally and figuratively spoke in a language I didn’t understand.

Maybe my deepest lesson from all this is that spirituality seems immanent in humans wherever they are. My guess is that it’s because we’re the only species that knows it will die. Some higher animals, like elephants, seem to understand something of this. With the advantage of language, we are able to put this into words and form organized religions, spiritual networks and communities of the latest fads. Some good, some bad…

There are arguments — some of them very strong — that this is all speculation, if not mythology or idolatry. Maybe that’s so. But rational thinking leads us to ask basic questions no rationalist can answer.

One of my favorite New Yorker cartoons shows a thick volume entitled “The Questions” next to a thin volume entitled “The Answers.” That’s what I feel like after my stint as Religion Editor. But it makes such a rich life to plumb the depths of these different traditions and ask what they mean in comparison to one’s own starting point. We might end up where T.S. Eliot did in one of my favorite poems, “Little Gidding”:

“We shall not cease from exploration
And the end of all our exploring
Will be to arrive where we started
And know the place for the first time.”