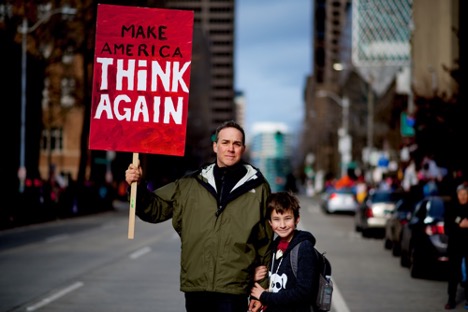 Photo by Jose M. from unsplash.com.

I have explored in these posts what I consider some of the big issues blocking our communities and nation from living in more peace, love and equity. This week and next I am delighted to share with you another perspective on the challenges facing America. Our guest writer is my brother-in-law, Tom Heneghan, who grew up in New York, moved to Europe in his early 20s and has lived and traveled around the world as a correspondent for Reuters. He shares this week his perspective on some of the underlying causes of what he calls the “American mess” and next week on possible paths out of it.

Almost half a century ago, I left America with no idea what would happen. I had just graduated from grad school in Boston and got a job in Munich. It seemed like an ideal stepping stone to my ultimate goal as a foreign correspondent, so I was ready to take the chance. It turned out to be one of the most decisive choices I’ve ever made. I soon joined Reuters news agency, which sent me to live in seven countries in Europe and Asia and visit over 40. Add to that marriage to a French journalist and three sons who now live in Paris, Los Angeles and Seoul. My wife and I settled in her hometown, Paris, over 20 years ago.

All this time, I never broke the link to my family in America or the country I grew up in. I visited every year until the coronavirus put a temporary stop to my visits. My job as a foreign correspondent was to study the societies I observed and try to understand them. This clearly influenced the opinions I would state when I was on a visit home. My brother-in-law, the same Tom Adams who runs this blog, asked me to write down what I thought about the United States and how it might get out of its current dilemma.

This fascinates me because, while I’m unabashedly anti-Trump, I’m tired of all the partisan trench warfare about his policies. We have to look beyond tweets and disputes. Our democracy has come under great strain in recent decades, a trend that started long before Trump and will take years to rebalance — if we succeed in doing so. Political scientists compete to find terms to describe it — post-democracy, oligarchy, populism, kleptocracy, kakistocracy — but most don’t hit the spot. Whatever term we choose, the U.S. is at least no longer the democracy we want it to be. Saying that “it can’t happen here” — i.e. an unrepresentative minority cannot take over political power — is not thinking hard enough about what is happening.

Every nation has its own vague political DNA, an unspoken set of assumptions that guide its political life. They are sometimes so deeply rooted that individuals in that system often completely overlook them. They adjust over time and can be changed fundamentally, but that’s usually the result of deep cultural trends or major events like a revolution or a war. Without a clear idea of what its DNA is, a society can lose its bearings and allow a major event to happen that it doesn’t want.

The political DNA of the United States is a product of the 18th-century Enlightenment, for good and for bad. It is individualistic, decentralized, open to free speech, citizenship, commerce and immigration. It naturally challenges traditional norms and customs. Combined with a large area and rich natural resources, this has made America a dynamic and powerful country that many people abroad call “the land of unlimited possibilities.”

This view of the United States reached its peak in the two decades after World War Two, when America was presented as — and often was — the biggest, the best, the strongest, the most attractive, etc., etc., etc. This is the era in which many of our current leaders grew up (and many non-leaders, including myself!). This era also repressed several problems that have returned to haunt us since then, for example, our history of racism, or the persistence of anti-democratic trends despite our self-congratulation. This masks the deficiencies of a political system sorely in need of modernization.

My political thinking is deeply influenced by a search for the common good of a society. Wherever I went around the world, I tried to keep an open mind and asked the theoretical question of what political system would satisfy about two-thirds of all people here. It was a useful rule of thumb that seemed to avoid specific policies and allow for representative government, fair politics and the insight that you can’t satisfy all of the people all of the time.

The current U.S. system falls increasingly short of this. A large percentage of voters think the system is somehow not working for them. The current social trend towards identity politics creates even further divisions. A diverse society like the U.S., with its open democratic system that thrives on competing ideas and interests, has lost some of its ability to juggle all the divergent pressures it generates.

One of the first places to start is with our image of the U.S. itself. Anyone who says that America is the best, the strongest, or whatever follows the image we boomers grew up with, not the reality of today. And any politician who repeats this self-congratulation is pandering to nostalgia. The world has changed enormously in the past few decades and there are countries that do things as well if not better than we do. Proven solutions in other countries should make us ask what we can do better. This might take some modesty, but that’s not a bad thing.

In next week’s post, Tom Heneghan will explore possible ways of our current national predicament. Thanks for sharing this and next week’s post with those who might enjoy his fresh perspective.