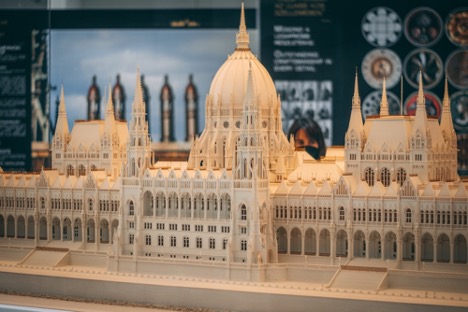 Photo by Eduardo Rodriguez from unsplash.com

A sermon I heard Sunday got me thinking about a 12-Step friend, Ralph, who would say to me frequently: “Tom, give up, give in, just give.” Ralph was quite a bit older than me, and I dismissed this saying the same way I did when he told me, “Everything is just the way it is supposed to be.” I concluded his was a point of view that came with age and declining aspirations. Yet, I am growing into an understanding of this idea, but more from a sense of acceptance than the loss of capacity to imagine.

A Jesuit priest gave the sermon. He is also a medical doctor who leads a nonprofit in Boston committed to serving those who are underserved.  In his talk, he was clear about the challenge of distinguishing the institution of any church or religious organization from the values that undergird it. He pointed out that too much attention is given by institutional leaders to the care, feeding, beliefs and rituals of the institution and not enough to its mission and purpose.

The priest elaborated on how the family values of first-century Judaism shaped Jesus and his beliefs. He spoke of the poignant moment when Jesus was twelve and went to the temple to learn without telling his parents. He was already aware and eager to understand the context of his mission. At the same time, he was open to learning and being shaped by those values.

As he matured, Jesus rejected the institutional leaders of his faith and time. He called them hypocrites as he demonstrated his preference for serving those without social status or material wealth.

As a Christian and a Catholic, I have spent considerable energy wrestling with whether the Catholic institution is a good spiritual home for me. Often, I am tempted to give up on the Catholic Church despite my deep family roots there. I am saddened and angered by the chronic inability of the Catholic Church to fully live out its values.  Indeed, the Church leaders constantly demonstrate their collective inability to let mercy, compassion and equity guide their positions as they make moral decisions. The “either/or” paradigms with which they frame so many issues don’t lead to creative solutions of any kind, moral or otherwise. And the amount of energy and money spent fighting to win “either/or” battles does enormous harm to the very people that Jesus spent his life serving.

In my friend Ralph’s words to me, I wonder if it’s not time to consider “giving up” on the question of what faith tradition does the most good or least harm. Instead, maybe it’s time to fully “give in” and “give” to the powerful and simple values of love, justice, and compassion that undergird both the Catholic faith and other faiths.

As we explore the question of the connection between faith and justice, are we able to look past the religious, political, and educational institutions where leadership has failed us? If that leadership is not there, can we instead look to the values, the moral compass, embedded in every heart? If we “gave” ourselves to a life lived looking for opportunities to expand justice and equity, how might our families and communities change? If we “give up” on magical solutions and relying on our institutions to resolve our current community and societal rupture, what small voice inside us might we give in to that could lead us to actions of kindness and compassion?  Could those actions give voice and power to those left behind and contribute to a more equitable world?

Certainly, there is a need to fight against oppressive institutions and institutional decisions. But does righteous indignation over the failure of institutions bring any real change? I think Ralph would advise that we consider “giving up, giving in, and just giving.” What actions might each of us take in the coming year to give equity and justice more of a chance?