Noticing and Action: Where to Focus? 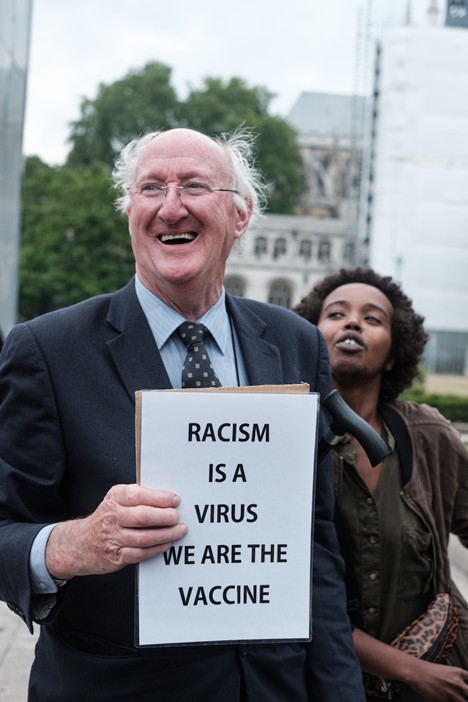 Last week’s post by guest contributor Shirin McArthur explored how learning about racial justice can become action for positive change. She reflected on a quote by Tre Johnson that said, “When Black people are in pain, white people just join book clubs.” Shirin added that she is part of a book club focused on racial justice and that this challenge to go beyond book clubs applies to her and to all of us who like to think of ourselves as “white allies.”

I was struck by the candor of her reflection on how hard it is to convert increased awareness of racial justice into action.

My experience is like Shirin’s. I have been part of two organized gatherings of people learning about race and racism. The participants are white, and we share a stated intention of connecting our learning to action. I had imagined we might get involved with some organizations working for change or collectively decide to financially support organizations led by African Americans or other BIPOC leaders working to increase racial equity. Neither of these has happened yet.

Through this activity, I participated in a different workshop organized by an amazing grassroots learning group in Baltimore called Honest Conversations. It is multi-racial and grew out of the desire of some Catholic leaders to learn about and work for racial justice. The leaders developed a five-week curriculum and fine-tuned it while offering it more than twenty times to other Catholic parishes or groups. Most recently, St John the Evangelist parish in Columbia, MD, had more than one hundred participants in a five-week Lenten offering of Honest Conversations. Unlike many pastors and religious leaders who want to avoid discussions of racial justice for fear of alienating members, the pastor at this parish openly spoke about the need to address racial justice, videotaped parishioners talking about why it was important to them personally – whites and BIPOC members – and openly encouraged participation.

The Honest Conversation leaders have found one concrete way to act for racial justice. They partner with the Black Lives Matter organization in Baltimore and hold once a month outdoor vigil to draw attention to racial issues. Last Sunday they gathered in prayer and presence at the Columbia Mall because there has been an increase in white supremacy rhetoric and racist postings in the surrounding area.

Addressing racism in America is difficult at every step. Earlier this year, in looking for content for these learning groups, I heard from a friend about an Atlanta-based group called Seeing Whiteness. Recognizing that “honesty spurs change” they center a practice they call “Noticing” with other white people. In my first meeting with Jill Morehouse Lum, a co-founder of the group, I struggled with her language.

She talked about the experience of “noticing our whiteness.” As I learned about Jill’s approach, I realized I was almost always other-focused when thinking about race. My focus was on how to make the world more just for Black people and other Indigenous and people of color. Race applied to them, not to me. I acted as if race isn’t an issue for white people.

Indeed, I have started to appreciate that the core issue is that white people created racial hierarchy for white advantage, and I don’t pay attention to how its privileges sustain and grow racism.  The first step to getting to increased action is “increased noticing.”

Fortunately, the leaders in Atlanta are generously sharing their practice. Through a six-week series of 90-minute learnings and reflections, attendees are invited to reflect on how their own race mattered in their interactions during the previous week. This here-and-now approach in a group willing to share honestly is a wonderful extension of the intent of the Honest Conversations group.

A facilitated discussion of these questions builds awareness and carries with it a commitment to supporting other organizations led by BIPOC leaders.

If like Shirin and me, you have a bookshelf full of books about racism and anti-racism and are looking for ways to take action, I urge you to consider attending an introduction to the “noticing practice” led by Jill Morehouse Lum on Zoom, Wednesday, September 7 at 5:00 p.m. eastern. There is no charge and you are free to come with no commitment for future involvement. (Email me at tom@thadams.com for the zoom link and details.)

Much has changed since George Floyd was murdered on May 25, 2020. Not all of it is for the good. There are other big justice concerns that demand attention – war, the ban on abortion, the attack on voting rights and democracy, the growing devastation of climate change, to name a few. There are reasons to consider putting racial justice on the back burner.

Yet, I passionately believe we need a broad coalition where racial justice is central to every issue. The challenges of sharing power and leadership in movements attests to the need to put racial justice at the center of our work for change. I am curious to see how a “noticing practice” might guide me in finding more actions that advance racial equity on a person-to-person level and lead to an attack on the systemic racism that keeps white supremacy alive and growing.