Working for Racial Justice – Learning through Conversations by Tom Adams 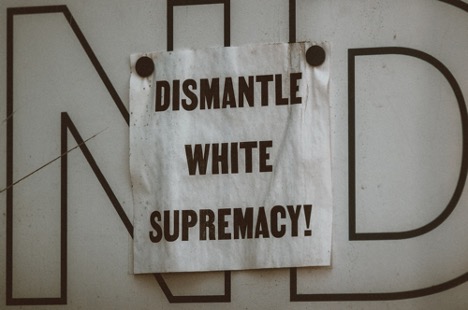 Photo by Jon Tyson from unsplash.com

This week I am continuing to explore concrete recommendations from author Eric Deggans about daily actions that advance our commitment to be anti-racist. In his article Not Racist is not Enough: Putting in the Work to be Anti-Racist, the first tip is about “accepting that we’ve all been raised in a society that elevates white culture over others.” In last week’s post, I looked at how we each might conduct a racial justice self-examination to advance our awareness and motivate personal change.

Three conversations I had in the past week reinforced for meDeggan’s first tip and got me thinking about his second one:“Learn the history of racism and anti-racism, especially in America, to educate yourself about the complexities of the issues you’ll be confronting.”

My first conversation was with an African American woman who is an elder stateswoman in our community. We were discussing the plans for a community event around the anniversary of George Floyd’s murder to assess progress in our home community of Greenbelt, Maryland. Most people here like to think of our community as progressive, while others see considerable evidence of racism.

Admittedly, since George Floyd’s murder, there has been some movement. A police reform bill is under discussion, though not passed yet. The City Council has added the hiring of its first Diversity, Equity, and Inclusiveness Officers who will work in the Human Resources Department and examine diversity in all departments.

While my friend and I reflected on this progress, I expressed myconcern that Greenbelt remains so economically and racially segregated. There continues to be a very limited commitment of resources to ensure that Greenbelt residents with lower incomesare heard or heeded despite the fact they represent a significant part of our community.

A conversation with a second African American woman – one of the co-founding members of the Baltimore Racial Justice Action who has a lifetime commitment to working for racial justice – said “those days are over” when asked about progress since George Floyd’s murder. She later explained that for a short time white people saw the urgency of the moment in addressing institutional and structural racism.

In her view America has gone back to where once can be open about their white supremacist beliefs and be elected – by “good white people” who say they do not share those views – to public office to dismantle the very laws that protect Black and other Non-Black People of Color.

For her, this is as obvious as the air we all breathe. What she questions is why, after four hundred years of different forms of white supremacy, it is so hard for the so-called “non-racist whites” to take action to stop white supremacy and racial oppression. Talking with her on Good Friday, she drew the comparison to the murder of Jesus. It was not the people shouting “crucify him” who did the most harm. It was the silent followers who stood by and watched and did nothing.

My third conversation was with a Latina friend who just started a graduate program in public health. I asked how graduate school is going. She launched into a description of how much she is learning about the nuances of racism within an ethnicity. Though she is 100% ethnically Latina, she described herself as light skinned with a white sounding name (her married name).

She explained: “Before I was married, I experienced racial prejudices at work (like tokenizing), racist hate in undergraduate college (“you’re only here because of affirmative action not merit”) and even among friends (“hey can you speak to the housekeepers?”). With my white-American last name, I have experienced none of that racism, and subsequently, none of the health effects of stress from persistent racism. I know if I used my Latino maiden name, my life would be so much harder. I know I have more opportunity to wealth because I can pass aswhite.”

I share these conversations in relation to my taking Deggans’s first two tips to heart: facing racism and learning about it. It is our nature to hang out with people who look and think like us. But I have made a conscious decision to live, work and play with people from diverse backgrounds. How you might go about this is varied depending on where you live.

For many years I was scared to talk about race. I feared making a mistake and being seen as a racist. I feared saying the wrong thing. But friends and mentors of all colors and backgrounds have guided me in my learning over the years. By continuing to show up as someone wanting to learn about and work for racial justice, I have slowly gained their trust.  Now they are more likely to tell me when they see my ignorance and racism poking through instead of overlooking it.

As you think about having conversations about race, with whom are you talking? What are you learning about racism in your community and country?