Facing addictions in families – A community and societal challenge 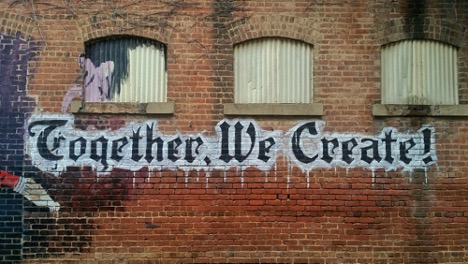 Photo “My Life Through a Lens” from unsplash.com

Addictions continue to negatively impact and destroy families. There are lots of possible explanations for the lack of progress in addressing addictions. The consistent reality is that the combination of individual denial and community and societal pressures block progress on treating addictions as family diseases.

There are multiple dimensions to this denial and these pressures. First, we can’t change what we can’t see. We use substances and behaviors for recreational purposes and relief. For many people, this works. But because denial and isolation are so much a part of addiction, the addict and the family are slow to recognize addiction when the behaviors cross over from recreation to destruction.

For many of my early years, I used sugar and alcohol to blot out my emotional pain. To others, I likely appeared to be making my way through high school and college quite successfully. I went on to graduate school, marriage and a career in social work and neighborhood development. During those years, I gained and lost 80 pounds three times.  I began to not remember what I did when I drank.  I eventually crossed the line and had no control over my drinking or eating.

I did not know it then, but other members of my immediate and extended family were using the same combinations and facing similar struggles. We never talked about how we felt or what was going on. Each of us became increasingly isolated. I was also oblivious to the fact that my behaviors were negatively affecting those I lived and worked with. I was living proof that misusing substances was not just bringing me down – others were affected as well.

Clearly, not everyone needs to misuse substances to experience the consequences of these family diseases. Anxiety and depression plague many people who are near to those with addiction problems. It is easy to miss the symptoms when you are close to a person with an addiction.

Another dimension of the pressures that block progress on this family disease is that few health practitioners fully understand addiction or know how to treat it other than by recommending self-restraint (willpower) and prescribing drugs. For the 10 to 20 percent of the population who have lost choice or are on their way to losing choice about a substance or behavior, willpower and medication are not the answer. After many years of treating alcoholism thru lobotomies and electroshock, because alcoholism was considered a moral failure and an unacceptable weakness, pioneering doctors and the founders of A.A., and eventually the American Medical Association, came to accept that alcoholism is a disease.

While I see it as a promising sign that other addictive behaviors are beginning to be talked about as a disease, change is slow.  Both accepting other addictions as diseases and broadening the help offered to those affected by them are moving like icebergs pre-climate change.

2020 brought rigorous scientific proof of the effectiveness of Alcoholics Anonymous in treating alcoholism. The Cochrane Database of Systematic Review published a report by leading academics from Stanford and Harvard Universities on a review of 35 research efforts. This study demonstrated convincingly that Alcoholics Anonymous is the most effective treatment for alcoholism. The combination of mutual support, spiritual growth and personal change have helped millions recover.

Despite this affirmation of what those in recovery know from experience, health professionals struggle to accept addictions as disease and the possibility of Twelve Step programs as part of a treatment approach. This reluctance is exacerbated by the tendency of the national press and media to largely ignore addictions as disease, their impact on families and Twelve Steps as a viable recovery path.

The Washington Post, New York Times, Wall Street Journal and our local papers regularly run articles on addictions and rarely mention a Twelve Step program. Why is that? In my opinion, it is because the spiritual aspect of A.A. and other Twelve Steps is too close to organized religion and violates our collective sense of self-reliance and commitment to science without mystery.

Another barrier is the classic one: follow the money. There is way too much money made pandering to addiction in our society. Ever wonder how a six-ounce soda a generation or two ago became a 48-ounce Big Gulp? Or why, during a pandemic, when many families’ incomes are fragile or reduced, alcohol sales are up 50% and gambling opportunities are exponentially expanding. Modern industry’s message is that there is no need to be uncomfortable or restless – turn to your favorite escape. Sure, we admitted cigarettes might kill you after a forty-year court battle. But for most addictions, we are nowhere close to admitting the impact on individuals, families, and society.

The true costs of individual addictions go well beyond the costs to the individual addict. What would it take for the community and societal pressures to be shifted to support true progress on this family disease?

This post was published on Recovery Speakers on June 5.