Albert Einstein, Marian Anderson and the Season of Love 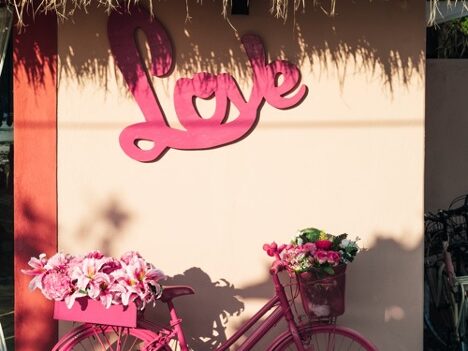 Photo by Bernard Hermant from Unsplash.com

Albert Einstein showed up in my life recently. Surprisingly, his message was not about quantum physics or relativity. Instead, he appeared to remind me and others about the power of love and justice. Such a fitting reminder for all of us at this time of the year!

His appearance was at a play at Ford’s Theatre in Washington, D.C. Geraldine and I were intrigued to learn the story about the friendship between renowned singer Marian Anderson and Albert Einstein. The play, My Lord What a Night tells the story of Anderson being scheduled to sing in Princeton, NJ and being denied a hotel room because she was Black. Einstein had stopped to meet Anderson at the end of the performance and was appalled when he learned of this racist act. So, he invited her to stay with him.

His kindness was the beginning of a friendship that nurtured them both. In their conversations, they explored the essence and unpredictability of creativity. Scientific discovery and singing opera both held elements of mystery that amazed them both.

Einstein encouraged Anderson as she struggled with yet another ugly encounter with racism. This time it was from the Daughters of the American Revolution (DAR). In 1938, the group refused to allow Marian to perform before an integrated audience at Constitution Hall in Washington DC.

The play’s dialogue makes clear that Anderson desired to be a private person. Yet, the NAACP and others encouraged her to lead a protest against the DAR.  Through encouragement from Einstein, Anderson became willing to perform at the Lincoln Memorial in April 1939 in front of 75,000 people. Eleanor Roosevelt secured the special permission to use the Lincoln Memorial venue to show her support for Anderson and her disapproval of the DAR’s refusal. What had begun as a racist decision turned out to be a celebration of the best in us all and our unity.

Marian Anderson explained her life-long experience of racism this way: “I could not run away from the situation. I had become, whether I liked it or not, a symbol, representing my people. I had to appear.” And on another occasion, she added: “As long as you keep a person down, some part of you has to be down there to hold the person down, so it means you cannot soar as you otherwise might.”

What led Einstein to open his home and heart to Marian Anderson? Einstein’s own words offer some clues. “True religion is real living; living with all one’s soul, with all one’s goodness and righteousness.” Clearly, Einstein found some footing in love and its connection to justice.

A recent note from a high school friend who has retired from work as an astrophysicist gave me yet another reminder of why I believe so strongly in love and its connection to justice. He reminded me that there are and have been many celebrations over time and space of the power of light and love. He points to the Winter Solstice as a celebration of hope over the cold and darkness, to Hanukkah and to Christmas and, in east Asia, to the Dongzhi Festival. All contribute to an increase in positive energy flowing into our communities and the universe.

Look around and the power of love is evident.

This is a season where people of all faiths and many of no faith call “time out” and focus on relationships and light and love. Each holiday gift is an expression of love and of our desire to be connected. Each gathering is an affirmation that we need each other, that we desire to be connected in love.

As we move through this time of potential blessings for all, may we join with the mystics, Albert Einstein, Marian Anderson and ordinary people all over the world in acknowledging the untapped power of love. Look for the love energy and pass it on! That is what we can do for ourselves and our families. And it is the only hope we have for advancing justice and equity in our world.