Encouragement and Understanding as a path to Unconditional Love 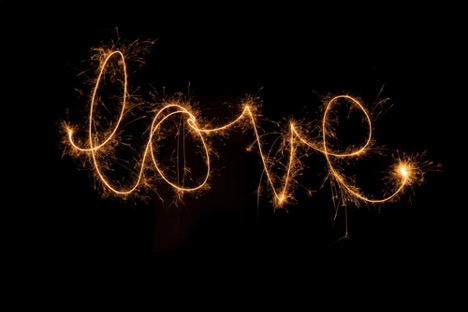 Photo by Jude Beck from Unsplash.com.

Last week a neighbor of mine died of Covid.  I didn’t know him all that well, but his death has both shaken me and deepened my sense of how people can truly change the world.  Bill and I had done similar work in nonprofit housing and neighborhood development earlier in our lives.  He was retired and in his early 70s.  We had friends in common but mostly just knew of each other.  In the days since his death, I have marveled at the things I have learned about his life, and I am moved to think about the ways his path aligns with other lessons I have learned about making a difference.

When I moved to Greenbelt, I discovered Bill Duncan and his wife Shobha had been here a while and were quite active. We met at a few social events. I asked Bill to join a task force of our Coop preparing for the retirement of our general manager. He was initially cautious about his commitment. Once we got started, he was all-in, and I was talking with him regularly and delighted with his guidance.

One evening at a meeting of a work group of the task force, he seemed distracted and was doing some calculations while someone else was talking. The next day he called me to tell me he needed to step off the task force for a while because he had Covid. I expressed my concern and mentioned gently he seemed not quite himself in the meeting the night before.  I wished him a speedy recovery.

That was my last conversation with him.  He was in the hospital a few days later. He was offered a ventilator and refused because his virus had progressed so far it would not help, and he wanted to have time with his wife and sons. Reports were up and down for a few days and then less and less hopeful. His wife Shobha, a nurse, also had Covid. She recovered and watched her husband of forty-five years die.

A friend told us that Bill had been one of the founders of a community Christian church and that the service on Sunday would be in his memory. Geraldine and I attended by Zoom. It was truly one of the most powerful memorial services I have attended. I realized I knew such a small part of who he was; I knew close to nothing about what he stood for.

The service was the story of his life told by friends and colleagues from the church. He and his wife Shobha and one other couple had started the congregation. First there were four, and then 20, and then enough to rent a school and other public buildings for services, and eventually they bought a piece of land and built a church.

Lots of churches have started the same way.  What is more telling, in this case, is the vision and values of the congregation and Bill’s role in shaping them. Person after person told stories of Bill’s role with Shobha at pivotal moments in their lives and the lives of the congregation. New members were welcomed, included and loved by Bill, Shobha and others right from the beginning.

Bill and Shobha provided pre-marital support to the first gay couple married in their church. Some members opposed the church’s welcoming of a gay couple. Bill gently encouraged them to consider being open to this idea and, if they couldn’t, they might want to look for another church.

As I listened to the story of Bill and Shobha and this church, I found myself thinking about my interest in how we expand communications about hard topics. I also thought about my post last week on Lois Wilson and her focus on encouragement and understanding.

Bill and Shobha Duncan’s lives have also been about encouragement and understanding for others.  I learned in the Sunday service that they, too, have welcomed and given comfort to so many people. Isn’t this unconditional love at the heart of what we all need to learn and share?

The Duncan’s offered love generously to others and it came back to them. As we look for ways to open communication that is difficult or to understand people who have different views, this is one among many examples of how we might stretch to connect with and provide support to people who need it.