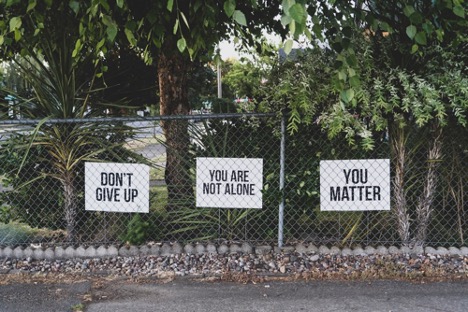 Photo by Dan Meyers from www.unsplash.com.

The last year has resulted in increased use of alcohol, food, drugs, and behaviors like gambling and debting as people have tried to escape COVID and the uncertainty and pain that has resulted. Liquor sales are up, gambling advertising now competes with pharmaceuticals for ad space, and our social networks are full of chatter about diets, working too hard, and drinking and drugging escapes.

For many people, these short-term distractions will end without much fanfare. For too many others, they are a step closer to full-blown addiction – ultimately resulting in the loss of choice about whether to use a substance or practice a self-damaging behavior. The casual escape turns into addiction.

We are most familiar with the manifestations of alcohol or drug abuse. Other addictions cause similar physical and mental decline.  For simplicity, I’m going to focus on the misuse of alcohol and use it as an indicator of the power of all addictions.

Think about your friends and relatives. Is there anyone you know who because of addiction is divorced, facing financial difficulty, anxious, worried, isolating or showing signs of being affected by someone else’s misuse of alcohol or other addictions? You would be a rare bird if you don’t know someone facing these woes.

Yet this growing crisis of addiction and its pernicious spread from generation to generation in families is largely ignored. Way too often, if there is attention and support, it is for the person with the addiction, not the family.

Fortunately, there is help. Just as there is Alcoholics Anonymous for alcoholics, Al-Anon offers mutual support and a Twelve Step program for serenity and sane living for spouses, family and friends of people with drinking problems.

May marks the 70th anniversary of the founding of Al-Anon and provides a great time to reflect on the pain of those who love addicts and where there is help for these family members and friends.

Despite the fact that Al-Anon has existed for 70 years, not many people know about it and very few of the spouses, children, parents and friends of people who misuse alcohol make it to Al-Anon.

Bill Wilson, the co-founder of Alcoholics Anonymous (A.A.) encouraged his wife Lois to bring together the family members in an organization similar to and independent of A.A. Lois was initially not interested.

Nonetheless, Lois was haunted by the many wives she had met at the early A.A. meetings. Before Al-Anon, most of the people with drinking problems who came to A.A. were men. Because divorce was much rarer, they were still married despite the torture they inflicted on their wives. Lois knew from first-hand experience the difficult journey from being angry at Bill for what he “did to her” to seeing that she had choices.

In the decade after A.A.’s Big Book was published in 1939, Lois traveled across the United States with Bill and met the wives of alcoholics in every city they visited – Akron, Cleveland, Los Angeles, Detroit, Washington, D.C. and many more.  In fact, she and Bill were surprised to learn the wives were organized and holding their own meetings in many places.

In May of 1951, Lois convened some wives of alcoholics at her home in Westchester County, New York. Those present agreed they should organize into a group. Lois asked her neighbor Anne Bingham to help her organize the families. They got a list of the 84 known groups of wives from A.A.’s national office. They wrote to each and invited them to participate. Forty six said yes and this was the launch of Al-Anon.

Bill Wilson predicted that Al-Anon would grow to be larger than A.A. It hasn’t yet, despite the potential for members.  Currently there are 115,000 A.A. groups around the world and an estimated 2.1 million members. Al-Anon has 24,000 groups world-wide, less than 25% of A.A.

Why is it so hard for spouses, children and parents – the involved others – to decide to get help for themselves?  The only requirement for Al-Anon membership is a problem with alcohol in a relative or friend.

Al-Anon demonstrates that the best thing a person can do when they are living with someone who misuses alcohol is to focus on their own health and recovery.

While there are lots of hunches and few real answers about why so few people know about Al-Anon or think it could help them, it is clear that families of alcoholics pay a high price when they try to go it alone.

In my posts this month, I will explore why people choose to go to Al-Anon. If you or someone you know lives with or cares about a person who drinks too much, consider introducing them to Al-Anon. There is no cost to attend and many have found the help and hope they truly could not have imagined. To find out more about Al-Anon and its meetings, visit https://al-anon.org/ or Google your local Al-Anon chapter. Look for more next week on the “family disease” and Al-Anon’s 70-year experience helping families of people with addictions.