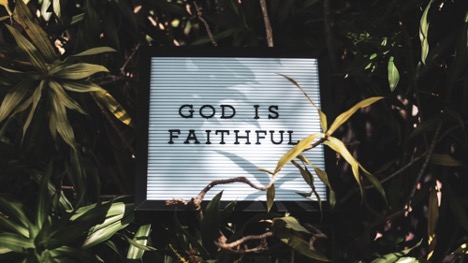 A recent trip to Lisieux in France deepened my understanding of Therese of the Little Flower and her spirituality.  I was surprised and delighted with what she had to teach me about surrender and faith and about persistence in learning how to be an anti-racist in America.

While I have been involved in work for social and racial justice in various ways since college, George Floyd’s murder two years ago deepened and clarified that commitment.  Through the increased attention to racism and white privilege that followed Floyd’s death, I could see how my white privilege allowed me to be involved in anti-racism work when convenient to me and to walk away when not convenient. My prayer after George Floyd’s murder made clear for me that the only way for racism to be ended is for all white people to be engaged in anti-racism work all the time. The increase of white supremacy and racially motivated murders like that at the Buffalo, New York shopping center make the imperative for this commitment vividly clear. (See my post on this call for action and reflection on two years after George Floyd’s murder)

The flow of unnecessary death due to racism and gun violence challenge my hope in a loving, caring God. It won’t be long before most communities are scarred and traumatized by violence. In the face of the Texas murder of 19 children and two teachers this week, I look to my faith and people of faith for inspiration and guidance.

My wife and I spent two days at the Hermitage in Lisieux, a retreat house next to the Carmelite convent where Therese lived as a nun. Learning about her life and family, we were both taken by the power and simplicity of her message. Therese’s intimate relationship with God began to bloom when she was four and her mother died. Her father moved to Lisieux to be closer to family to raise his five daughters. As Therese cried to express her grief over her loss, her older sister Pauline comforted her. Once Pauline found Therese hiding behind the bed curtains and, when asked what she was doing, Therese at age five responded: “I was thinking about the good Lord, about life, about eternity.” She was already feeling the urge to give her life fully to Jesus.

The depth of Therese’s faith at such an early age caused me to imagine her as being one of the rarer persons experiencing a sudden spiritual transformation. Like Julia of Norwich and other mystics and contemplatives, Therese believed that “all is well.” She set a simple goal – to be like an ordinary unpretentious flower. She did not need to be a rose or lily; rather, she was happy to give praise to God as a daisy. This humility allowed her to rely totally on God. She described her confidence in God as relying on the elevator to God instead of the steps of fear.

In other words, she decided to surrender to God’s love and have full and complete confidence in God’s love and presence. Every person and thing she experienced was a precious flower of God to be loved. Through my exploration of contemplation, spirituality and the Twelve Steps, I have gained some appreciation for these ideas. Through this closer look at the life of Therese. I more deeply connected with the simple idea of total reliance on God’s love. My heart and soul were touched.

Upon my return from the visit to Lisieux, again I saw the hope of the Black Lives Matter movement as it is threatened by the growing boldness and aggression of white supremacists like the one in Buffalo, New York found myself asking my favorite Rose Mary Dougherty question: “Where is God in all this?”

In the face of unimaginable racism and violence, Therese of Lisieux reminds me to have an unshakable faith in God’s love and presence.  This path allows me to see how learning about America’s history of racism and striving to act as an anti-racist is possible, even when ending racism looks like a long battle. My trip to Lisieux and a few days with St Therese renewed my confidence and willingness to work for justice because God is love and racism interferes with Love and our connections through Love.  I am not in charge of results or the timing of progress. My job, as Therese reminds me, is to trust God absolutely and do the next right loving thing which includes actively working to end racism.

This post is republished with permission from Shalem Institute for Spiritual Formation (www.shalem.org), a nonprofit organization that fosters contemplative living and leadership. This post appeared in Shalem’s Friday blog on May 27, 2022.