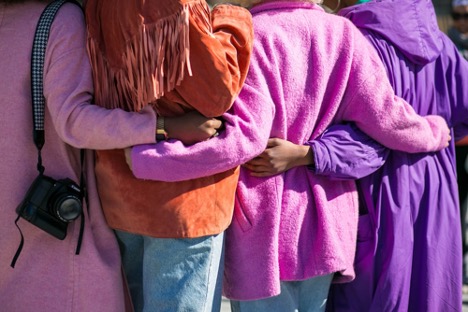 Photo by Vonecia Carswell from unsplash.com

Last week I shared a post by guest contributor Eileen Doud where she shared her faith in Jesus. Oddly to some, this was the first time my exploration of faith directly mentioned Jesus. I say “oddly” because I was raised as a Catholic, studied for a while to be a Catholic priest and continue to be a practicing Catholic. I do believe in Jesus and, at the same time, believe there are many names and ways of conceiving of a power greater than me, the divine, the Big Spirit or God.

As I prepared last week’s post, I realized how much I have been influenced by the view of conservative Christians to shy away from talking about Jesus and the role of Jesus in my faith. That is sad and counterproductive to my desire to work for a world where there is real freedom to explore and experience a personal and community faith.

I am reminded of the old adage that sex, religion and politics are too controversial to talk about, so I don’t talk about them. Unfortunately, like a lot of complex and challenging topics, denial and avoidance have added to our separation and alienation. If we want to live in communities that are not all the same, we need to expand our tolerance and openness to exploring different views of faith.

As I look for examples of faith in action, another recent example of faith in adversity comes to mind. A neighbor here in Greenbelt lived in a first-floor apartment that opened onto the walkway to the local coop grocery store. She was often on her front stoop and became friends with many passers-by, including Geraldine and me. Her apartment was at the bottom of a hill where the storm drain system is antiquated and doesn’t work well. Her apartment was flooded twice in a recent three-month period.

After the last flooding, the city condemned the unit and she was forced to move out. While there were many offers of help and some contributions to a GoFundMe account for the move, she has not received the legal assistance or government relocation funding she needs. She has moved to Baltimore and, while disappointed, is moving forward in faith continuing to look for legal help and a way to move past this emotional and financial trauma.

Faith is not a theory; it is a practice. Here are a few more views from our guest contributors to our exploration of faith:

Rhonda Israel from New York wrote about her need to reimagine God and let go of the punitive God of her youth. “I had been given the suggestion to ‘create a commercial advertising who/what I would like in a ‘Higher Power.’ This made me think about some of the characteristics I wanted: loving, kind, compassionate, easy to talk to and many more. However, my journey wasn’t over. I still didn’t feel that my new ‘Higher Power’ was personal enough for me. I began to have an intuitive thought, whereby I wanted to call my Higher Power Grace.

The reason for the name Grace is I knew of a family who had a child and was told that they couldn’t have a second child by many doctors. However, lo and behold, they DID have their second baby and named her ‘Grace.’ The name stuck with me, and I had filed it away for future reference. When it came time to ‘create’ my new Higher Power, I thought:  Why not call her Grace?  Grace to me from the family represented possibilities; hope; a true miracle in and of itself. Slowly I began to ‘see Grace’ throughout my day. I find evidence of Her in many places as I live my life.”

Tom Heneghan from Paris explored the many faiths he wrote about as religion editor for Reuters, one of the largest news agencies in the world. In the end, he wondered if maybe the question of what to believe is much bigger than any answers our human intellect can conceive. He concluded: “Maybe my deepest lesson from all this is that spirituality seems immanent in humans wherever they are. My guess is that it’s because we’re the only species that knows it will die. Some higher animals, like elephants, seem to understand something of this. With the advantage of language, we are able to put this into words and form organized religions, spiritual networks and communities of the latest fads. Some good, some bad…

There are arguments — some of them very strong — that this is all speculation, if not mythology or idolatry. Maybe that’s so. But rational thinking leads us to ask basic questions no rationalist can answer.

One of my favorite New Yorker cartoons shows a thick volume entitled ‘The Questions’ next to a thin volume entitled ‘The Answers.’ That’s what I feel like after my stint as religion editor. But it makes such a rich life to plumb the depths of these different traditions and ask what they mean in comparison to one’s own starting point. We might end up where T.S. Eliot did in one of my favorite poems, Little Gidding:

“We shall not cease from exploration
And the end of all our exploring
Will be to arrive where we started
And know the place for the first time.”

I find writing about faith leads to me new realizations and appreciations. Your musings are welcomed in comments on this or any post or by email to tom@thadams.com.